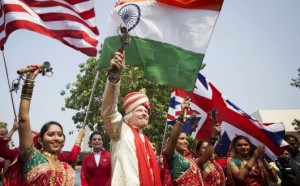 Sir Richard Branson, who founded Virgin Group, is one of Britain’s best known and most colourful entrepreneurs.

Not many people will remember that his first venture, at the age of 16, was a magazine called Student. In 1970, he set up a mail-order record business and in 1972 opened Virgin Records, later known as Virgin Megastores. In the 1980’s he set up Virgin Atlantic and later, Virgin Trains.

He is currently supporting the Google Impact Challenge in the UK, saying that nurturing new tech talents is one of the best ways to make a better, faster world. He will be judging the campaign for non-profits using tech to tackle the world’s toughest problems.

He is quoted as saying :”Many of the world’s toughest challenges will be solved by bright, ambitious people developing ideas in their bedroom.

I dont think he was referring to tantric sex.