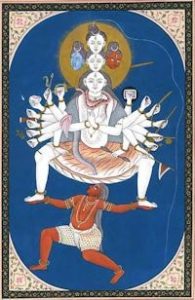 For those of you who are interested in the origins of tantra, the following article, entitled ‘A Thousand Years of Abhinavagupta’ will give you all the information you need:

It is a fairly scholarly article and gives a lot of insight into the cultural traditions of India.

Although it may not be of interest to many of you, who come to us mainly for relaxation, I couldn’t resist doing a short article on it for my blog, as it does truly clarify what tantra is, and may give the reader some idea of why I keep saying that, strictly speaking, we should not be calling our massage ‘tantric massage’.

Abhinavagupta lived one thousand years ago (ca. 950-1020). It is said that his mother and father engaged in ritualized sexual union, so that their son would not be an ordinary being, but a channel for ‘a god-being to enter this world for the sake of revealing ancient wisdom toward the end of providing a path of liberation for worthy seekers.’

His education was unrivaled and today, he is recognized by many as being the main source for the understanding of the Tantra tradition. I will leave it to you to read the article if you are interested, and will just quote a relevant paragraph here:

‘May my heart shine forth, embodying the bliss of the ultimate……….’
“With these words Abhinavagupta begins his brilliant synopsis of the spiritual tradition that he himself would bring to an apex, namely the Tantra, or specifically the Tantra of the Embodied Triad (Trika Kaula), which itself was a particular lineage within the broader spectrum of pan-Indian Tantra. Abhinavagupta’s creative synthesis of the Embodied Triad placed emphasis on the use of the body as a means to attaining a non-dual state of recognition of the all-pervasive nature of divine consciousness……

Abhinavagupta identifies the mystical absorption of his Tantric practice with the cognitive act of resonance that flashes forth as the awareness that one’s own embodied consciousness is itself the very presence of supreme consciousness that is the object and goal of one’s meditative and ritual practice….”

One Response to “True Origins of Tantra”