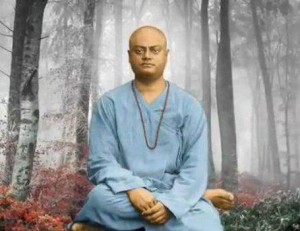 The Power of the Mind – A True Story

The railway train was running at full speed from Calcutta to Delhi. In one compartment, two British passengers were talking in English. Pointing at one monk (sadhu), traveling in the same compartment, one British passenger was telling the other, “Look, what a deception! With such youthful age, healthy body, and full capacity to work, this man became monk to get free food and to loiter anywhere. There are thousands of such monks in this country and people feed them in blind faith.”

Criticism of this sort went on for a long time, but the monk sitting on the opposite seat was pondering deeply with a calm posture. When the train arrived at one station and halted, the station master saw the monk, bowed down before him and asked in English, “What can I do in your service, sir?”
The monk answered in English, “One glass of water will be enough. I want nothing else.”

The two British passengers observed that the monk spoke in such pure English. They felt surprised. They never knew that the sanyasi was educated. They had abused the monk so much and still there was not a word by way of reaction. His posture was the same, full of happiness as before.
The passengers inquired of him, “Well sir, why did you not react to our criticism?”
He replied, “Brothers, I remain engrossed only in the thoughts of my life’s work. I do not enter into any kind of disputes.”

The peaceful posture and sadhana of the vow of silence brought about a lot of regard on part of those two British passengers.
This sanyasi was Swami Vivekananda (1863- 1902), the chief disciple of the great monk Shri Ramkrishna Paramhans. He was a great social and religious leader of the nineteenth century. He became famous for his unique speech in the World Religions Conference in 1893 in Chicago, U.S.A.