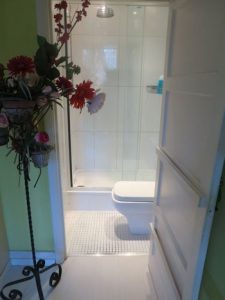 Our tantric massage video which is on the home page of this website has quite a history behind it.

I decided to have a video made many years ago because at the time, we were offered a discounted deal by one of the directories we had subscribed to. I hadn’t had the website for very long, so I was quite new to anything to do with websites.

The rep/salesman from the directory had put quite a bit of pressure on me to have it made, and after some consideration, I also thought it would be a good idea. I felt it would give future clients the opportunity to see the environmnent they would be coming into and although we were not going to take them through the intimate details of the massage, they would be able to get a feeling of what to expect.

The first step was for the video company to pick someone to come over to our place to actually film the video. However they kept delaying things and giving us strange excuses over several weeks. They finally admitted that they couldn’t find anyone among their regular staff willing to make it, because since the person receiving the massage in the video would not be wearing any clothes, it was considered pornographic, and could not be included on the videographer’s CV.

Finally, they found a very nice female videographer from Holland, who thought they were all being very narrow-minded, and she was happy to take on the job. She was a lovely person and, as it turned out, very creative. We were thrilled to have her.

We had a male client who had volunteered to be the the ‘body’ for the video. Celeste was already working here at the time and she has always been a very reliable person.

However, we also had two masseuses from eastern Europe, whose lives and relationships happened to be extremely complicated at that time. They tended to be rather unreliable and I could never be sure whether they would actually turn up. I kept my fingers crossed. The idea was that we would each have a role in the video.

On the day scheduled for the filming, the video maker and Celeste arrived early as well as our male client. We prepared everything in readiness. The first EE masseuse arrived 30 mns late, but once she had arrived, she seemed to enjoy the whole process of getting dressed up, picking her jewellery, putting on her makeup, and acting her role.

One hour into the making of the tantric massage video, and the second EE masseuse still hadn’t turned up. We needed her to demonstrate the four-hand massage. I was getting really worried. Fortunately, right at the last minute, 15mns before the end of our allotted time, the door bell rang and she had arrived.

She had to quickly get herself ready and we just managed to shoot a few seconds of her doing the four hand massage with the other masseuse.

It had been a scary process for me. I could not be sure until the last minute that everyone would turn up. I heaved a huge sigh of relief once it was all over.

Miraculously, it all ended well and the tantric massage video has been on the homepage of our website ever since. You can view it from there, or by clicking on https://www.tantricmassagelondon.com/tantric-massage-london/video. It is also on youtube at:https://www.youtube.com/watch?v=uqxY9ynLVZA