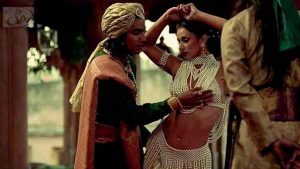 What has prompted me to write an article on this topic is that we have been looking for a new tantric masseuse to replace Lakshmi, doing the four-hand massage on Thursdays. I knew when Lakshmi first joined us that she would only be staying in London until September, so I started keeping an eye open early on.

In the past, I have always had a large choice of talented and attractive masseuses who had written to me, asking if they could train and work with us. I very rarely needed to advertise. They would always enclose a cv and photo, as requested on our employment page, and the majority were interested in the subject of tantric massage, and in learning more.

But the tantric massage scene in London has now changed. I have received a few email requests from very young girls with no massage experience, no cv, confidently saying that they could learn fast and expecting very high pay. When I did make appointments for some of them to come and meet me, most of them did not even bother to turn up for the appointment.

So I decided to advertise. The resuts of the ads were similar. Very brief responses to my ad, with a photo which was often false, and enquiries centering mainly on how much money they were likely to earn. One potential candidate did actually turn up for her interview and training session, but then refused to take her clothes off for the training. Although she had been very effusive and talkative up to that point, she refused to say another word, and I could not figure out what her problem was. Later on, after I asked to leave and stop wasting our time, someone suggested to me that she was probably an escort who did not like to admit that she expected to be paid if she was going to take her clothes off and massage a man – even if that was part of her training.

I was stunned! It never occurred to me to pay her. I do pay Celeste to carry out the training, but regard the masseuses as lucky to be able to receive free training from us…..

So, more and more, potential masseuses are displaying money-grabbing attitudes. It is getting really hard to find someone with the right skills and attitude. Many applicants have no interest in health or massage. They smoke, eat unhealthy food and are not the type of individual I would be happy to have working here as they would not be working in the right spirit, as I see it.

I am not sure what the reason for all of this is. There used to be loads of lovely Polish girls in London, but they are becoming scarcer, and English masseuses have always been much harder to find. Maybe Brexit is scaring away a lot of Eastern European potential masseuses.

The following articles appeared in The Guardian recently:

‘Britain will end the free movement of labour immediately after Brexit and introduce restrictions to deter all but highly-skilled EU workers under detailed proposals set out in a Home Office document leaked to the Guardian.

Exclusive: Government investigates evidence EU nationals are blocked from jobs and from renting or buying homes

Is this part of what is changing the tantric massage scene in London?

Luckily, after a lot of searching and interviews, we have now found someone. Her name is River and she will be working with us on Thursdays, starting on Thursday September 28, offering our 4 hand special offer massage with Jyoti.