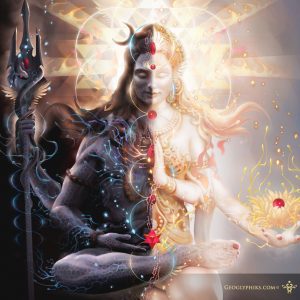 an extremely interesting and well witten  article by David Frawley can be found on his website https://www.vedanet.com/tantra-and-its-misconceptions-reclaiming-the-essence-from-the-illusions/.

For those of you interested in understanding what tantra really is as opposed to tantra misconceptions, I highly recommend reading it.

It is very hot in London today, and I do not have the energy to write an article on the subject myself, but I will quote here some of the main paragraphs.

The Allure of Tantra

Perhaps nothing is more exotic, dramatic and sensational in India’s Yoga traditions than is the practice of Tantra. No other approach to Yoga has gained such a fascination for the modern mind and its seeking of the bizarre, the entertaining and the enigmatic.

Tantra appears to offer both spiritual and worldly success to a superlative degree. It covers not only internal yogic experiences of chakras, lokas and deities, but also has many important healing practices for body and mind. Most notably, it offers special means of heightening sexual pleasure, making money, gaining recognition and defeating one’s enemies – with Tantric methods available for achieving all human desires. There is in Tantra something for everyone, especially those who may be put off by ascetic or renunciate approaches to the spiritual life such as seem to dominate most of the rest of the Yoga tradition.

Yet behind this allure of Tantra are very deep and profound teachings, including some of the most vibrant currents and detailed practices in the Yoga tradition of the last thousand years or more. Though Tantra has much to offer everyone, we must learn to be discriminating as to what is real versus what is superficial Tantra or one can easily fall into its distortions, which are many and much more visible.

Some Tantric gurus are considered to be so powerful that their touch or glance alone can grant whatever we wish. They offer us quick and miraculous means to accomplish what our own efforts, karma and destiny appear to deny us. Naturally, this Tantric guru image can be easily exploited. Such gurus can charge a lot for or demand our personal loyalty and devotion in various ways. Many Indian politicians have routinely employed such Tantrics, hoping to use their powers to win elections and defeat their enemies. This magical form of Tantra makes for entertaining stories and good novels, giving it an additional glamour and grounds for exaggeration.

Kundalini and the Chakras

Other aspects of Tantra have come to the West and can be found in modern India as well, but not without distortions either. The chakras are a common New Age topic, though these are often portrayed quite differently than in classical Yoga. The chakras, which are originally energy centers in the subtle body, are often reduced to a physical formula. They are not looked upon so much as centers of spiritual experience but as places of physical and emotional healing. Such chakra healing is common in many New Age approaches, including various forms of massage, body work, energy work and pranic healing. While these practices may have their health benefits, they do not unfold the deeper aspects of chakra energy in Yoga practice, which require intense sadhana, mantra, pranayama and meditation.

Meanwhile, Kundalini is generally reduced to some form of sexual energy, leading to strange emotional states and experiences. Or it is looked upon as some mere natural force to be used in a technological way. Its true nature as the power of consciousness is often overlooked.

This combination of New Age fantasies from the West and an innate Indian need for the magical Yogi has created much room for illusion and distortion, if not manipulation and deception. It causes us to miss the fact that Tantra in the broader sense is a deep, profound, highly spiritual and very aesthetic way of understanding the conscious universe in which we live. Real Tantra often gets buried under these glittering allures and exaggerated claims.

So whether we like it or not, Tantra is and will remain a dominant force not only in Indian but in world spirituality. While we can recognize the place of popular and New Age forms of Tantra as a point of entry into these teachings, it is important to recognize the broader and deeper scope of real Tantra which is more than these and may be quite different from them.