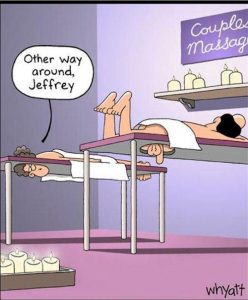 Tantra is probably the one of India’s yoga traditions which has become the most sensational, exotic and dramatic.

It has come to fascinate the mind of the modern western world and has been interpreted in the most bizarre and entertaining ways.

Tantra seems to offer us everything – plenty of heightened pleasure in sex, money, healing, in fact there are tantra methods for achieving all human desires. And what is more, one doesn’t have to renounce anything or become an ascetic as in other yoga traditions, because tantra is supposed to encompass everything.

However, as in all things, we need to learn discrimination. We need to find out the difference between real Tantra and the superficial distortions which have become the norm in popular culture and are easily found everywhere.

But how to tell who is a genuine teacher? The ‘New Age’ has embraced Tantra. There are so-called spiritual teachers on every street corner nowadays.New Age approaches to massage, body work, pranic healing etc. may have health benefits, but they do not lead to the deeper understanding and experience which require intense spiritual practices of meditation, mantras, pranayama….

True Tantric teachings are extremely deep and profound and include some of the most detailed practices in the yoga tradition of the past thousand or more years.

There may be a lot of talk about chakras and kundalini nowadays, but these are portrayed quite differently in the classical texts.

It seems that now the Indian Government is also getting fed up with all of this ‘rape’ of its culture. In an article in The Times of India entitled ‘India pulls the plug on yoga as a business‘, the author describes how India is setting up a Traditional Knowledge Digital Library and they have documented 1300 asanas or hatha yoga positions, which cannot be patented or claimed by yoga teachers such as Bikram Choudhury and his ‘Hot Yoga.’ Experts say that yoga has become a $225 billion market in the West. Americans supposedly spend about $3 billion a year on yoga classes and it is estimated that the US patent office alone has issued over 200 yoga-related copyrights.