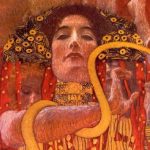 ….and sacred prostitutes or priestesses are a popular subject of books and films nowadays.

I remember visiting one of the first yoga centres in Switzerland,- in the 1970’s. It was run by a lady called Elizabeth Haich, and her Indian yogi companion Yesudian.

Elizabeth Haich was a Hungarian mystic who was helped to escape Hungary just after World War II by Yesudian. She wrote a well-known book called ‘Initiation’ in which she recalls with lucid clarity, her past life experiences as a priestess in ancient Egypt:

“‘The priestesses in the temple have different tasks corresponding to their different abilities………They teach young men to transmute their physical urge through the power of the spirit and to aim for a higher spiritual union….. they also teach young men who are on the point of marrying about this sacred power, so they can transmit this energy to their wives after marriage….”

Some people might find this hard to believe – but tales abound of similar techniques being taught in ancient Greece in the temples of Venus – sacred prostitutes who also offered spiritual-sexual healing…. When soldiers returned from war, ill of heart from all that they had just seen and done, they were sent to the temple’s chambers of recuperative, life affirming sensuality. “She is everywhere – vol 3.”

Whether all this is a myth or happened in reality is a debate among scholars according to Wikipedia,  but it does show that deep in our sub-conscious there lies a sacred respect for feminine spiritual energies.

Llewellyn Vaughan-Lee, a Sufi teacher, puts it in a slightly different way:

‘”Because a woman, every woman, has the potential to give birth, to bring the light of a soul into the world of matter, she has this hidden substance, the sacred substance of creation. It is in the cells of her body and her spiritual nature

—There is the deepest secret nobody knows….

It is one of the greatest gifts a woman can give to a man, as it can help a man reconnect with his own soul as an embodied presence within life. It belongs to the mystery of love and brings beauty, magic—the gardens, flowers and inner music…….

Without the feminine nothing new can be born—this is a simple and essential truth. At present our world is suffering from a masculine story of separation: that we are separate from each other and separate from the Earth. This sacred substance in creation is life’s most precious gift. …..The lover can experience its power and magic, deeper than bliss, through merging with his beloved. It brings together the soul and the body, and holds them both in love.

Through ritual and reverence, this communion was kept alive by the priestesses, by those initiated into the secrets of creation reconnection, this return to love….And now…… there is a cry, a calling for the feminine to help in its healing and rebirth, for the sacred to come alive in a new way, for a new story for the Earth and all of humanity, to be told.”

David Frawley is an expert in the traditions of India and shakti, the tantra goddess energy:

“In the yogic traditions of India, I discovered that this feminine power of inspiration had never been reduced to a mere poetic device but remains as a spiritual reality, the very power of consciousness itself…..The Goddess represents the Divine creative force…. In Yoga she is a living force of inner transformation that one can contact within one’s own heart. She is the very power of Yoga or Yoga Shakti that provides the energy and grace to carry us along the ascending path to Self-realization.

In my study of Vedic and Tantric Yogas, I discovered many forms of the Goddess that we can approach through ritual, mantra and meditation — Throughout India there are many sacred sites to the Goddess.”

What does all this have to do with tantric massage? – you may well ask.

For many of you, it may not mean a lot.

But I do feel that if we use the word tantra we should convey a spark of something magical…. the tantra goddess energy, the magical,mysterious and transformative energy of Shakti.

Shakti, the feminine energy which needs to be respected – maybe that is part of the subtle difference between a sensual massage and a true tantric massage.