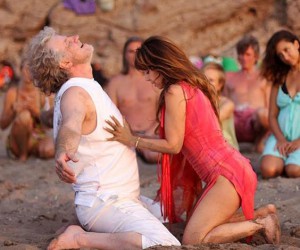 There are many misconceptions about the origin of Tantric Massage

It did not originate in India thousands of years ago, but first started to become popular at the ashram of Rajneesh in Pune, India in the 1970’s and then spread to California in the 1980s. Tantric massage has nothing to do with Tantra in the true sense of the term.

Its origins can be traced mainly to the work of two people: a French woman, Margot Anand, and an American man, Joseph Kramer.

A lot of their work was influenced by Wilhelm Reich, Carl Rogers, Alexander Lowen and the many other pioneers of the human consciousness movement around the Esalen Institute in Big Sur, California, as well as by Taoist philosophy, Mantak Chia and the teachings of Rajneesh, later named  Osho, a controversial Indian guru of that period.

Margot Anand was a graduate of the Sorbonne University in Paris. Like many other ‘seekers’ in the 1970s, she was drawn to India and stayed for some time at the ashram of Rajneesh in Poona. Rajneesh, whose name was later changed to Osho, was a controversial guru, who was said to have owned 99 Rolls Royces and promoted his own brand of tantra, which has later been called neo-tantra. He encouraged his large group of followers to get rid of their inhibitions, particularly their sexual inhibitions, and many of them started leading groups in bodywork, massage and various psychological techniques which were popular at the time. Margot Anand designed a practice which was to become known as Skydancing Tantra. She led workshops at the ashram and later went to live in California, where she wrote books, led retreats and built up a large Skydancing Tantra Institute which now has branches all over the world.

In her own words she says: “Skydancing tantra is a unique path that weaves together my studies in humanistic and transpersonal psychology, bodywork therapies, sexology, yoga, music and metaphysics with my work with human energy, visualisation and…… the energy map of the chakras…. this path came to me as a revelation rather than a tradition.” 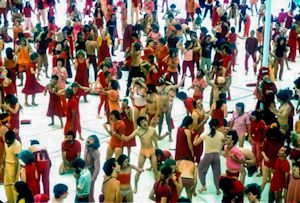 His great contribution has been to get professional credibility and recognition for the profession of Sexological Bodywork in California. In 2003, he founded the new legal profession of Sexological Bodywork and offers professional training in California, Europe, Canada and Australia. It seems that these days, he steers clear of words like ‘tantric’ and concentrates on terms which more accurately describe his sexual bodywork and are also more acceptable to the general public.

In Germany, in 1977, Andreas Rothe, known as Andro, an ex-follower of Osho, founded the first tantric massage school in Germany. He developed what became known as the ‘tantric healing massage’ which has been adopted in Germany as the basis for their tantric massage qualification, which is professionally recognised in that country. It is an integration of of various techniques from recognised forms of massage, bio-energetics, yoga and sexual therapy.

This is just a short synopsis – numerous so-called tantric workshops, retreats, holidays and training programmes have been created all over the world, based on similar principles and they keep evolving.

Things do keep evolving – but I keep remembering the words of the respected yoga scholar Georg Feuerstein, who said: ‘neo-tantrism is the watered-down version of what I feel is one of the most profound teachings ever created on Indian soil: Tantra.’