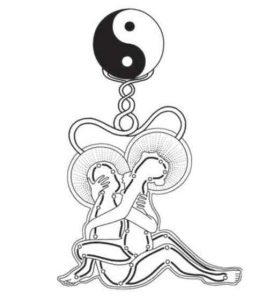 is the title of an interesting article which recently appeared on a psychosexual website: http://psychosexualsomatics.com/cant-men-hold-sexual-energy/

It asks the question:

The interesting thing about sexual energy is that although most guys spend a huge amount of time thinking about sex, planning ways to get it, fantasising about what they’ll do once they get there, when they’re actually in a sexual situation they want to get rid of that sexual energy as fast as possible by ejaculating it out of them. Interesting conundrum, right? Why spend all that time wanting something, only to discharge it as soon as you get the chance?”

There is also the case of Anthony Weiner, the American politician from New York, who ruined his future becaue he could not stop himself from sexting – ie sending explicit sexual photos of himself to underage girls via his mobile phone.

So what is all this about? Some kind of  compulsive and abusive thrill-seeking? What kind of a compulsion is that? Apparently Harvey Weinstein has gone to a sexual addiction clinic. I would be interested to know what methods they use to treat him.

The psychosexual article quoted above expounds some interesting psychological theories. The author suggests that men need to allow themselves to be more vulnerable and thus to reconnect with their inner sensitivity in order to feel the feelings in their body, and not to remain so identified with the thoughts in their head.

In the east, different approaches have existed for centuries.

Taoist sexual masters believe that sexual energy is the most powerful human energy. They are very practical.

They believe that a man’s sexual energy is lost primarily through ejaculation. They have developed methods for ejaculation control as the foundation for conserving, strengthening, circulating and transforming sexual energy.

Taoism doesn’t only teach exercises to enhance the pleasure of partnership.but also encourages self-awareness and self-mastery for improved health and vitality. See the book The Tao of Love and Sex on our Links page

The tantric traditions in Buddhism and in India stress purification of the body and mind in order to allow the ‘ojas’ or sexual fluids to rise up through the chakras. However. this is an advanced practice.

“In the final stages of the path of the highest class of tantra, the advanced yoga methods for drawing the energy-winds into the central channel do entail a man and woman sitting in a posture of union……. both partners are required to have reached the same advanced level of spiritual development. This includes both having reached the level of control of their subtle energies and their minds so that even though the bottom tips of their central channels touch, both avoid orgasmic release.” Dr. Alexander Berzin

The philosophies from the East suggest that we can purify our mind and body through practices such as yoga and meditation….. we gradually become more connected with our essential being and we experience love and mutual respect far more strongly within ourself. When we can truly respect our inner self and consequently one another, we are automatically more in touch with each other’s needs and find it easier to identify and harmonise with one another, rather than being stuck in our thoughts, as is the tendency in the West.

In the ideal situation, there is no imbalance of power and each partner looks at the other as a god or goddess. This is not easily done and may take many years of practice. That is why, in my opinion, the word ‘tantric’ should not really be used for commercial transactions of any sort.

But we live in a highly materialistic culture in the 21st century, and any step forward is a step in the right direction.

In the words of Charles Chaplin in the Great Dictator:

“We have developed speed but we have shut ourselves in. Machinery that gives abundance has left us in want. Our knowledge has made us cynical, our cleverness hard and unkind. We think too much feel too little. More than machinery we need humanity; more than cleverness we need kindness and gentleness. Without these qualities, life will be violent and all will be lost.”