The difference between male and female sexual energy

has intrigued us throughout the ages.
We only have to look at current book and newspaper titles to see that the subject is still on our minds:

– The Secret to Mind-Blowing Orgasms

– Nurture your Feminine Side (The Chopra Centre)

The ordinary male must ejaculate often

or he will become frustrated, emotionally irritable and have little control over his mind.

However it is not necessary that the build up of sexual energy should cause such symptoms.

It is possible to learn to circulate the energy throughout the entire body, leading to a strengthening of the entire energy body and a rejuvenation of the physical.

Through Tantric meditation, one can radiate orgasmic states throughout the entire body with or without a partner.

With ordinary orgasm a small amount of sexual energy is built up and then released from the testicles in men and the ovaries in women, into the genitals.

This release of energy is where the orgasmic feelings come from. For a male it is usually a rush of orgasmic sensations out the end of the penis. The small amount of sexual energy that causes these feelings will not be enough to create a full body orgasm.

For full body orgasm to occur the entire meridian system must be cleared and the vibration of the energy body raised. This is done through the cultivation and circulation of sexual energy and it will take time and practice.

When the man lets go of semen, he is finished, but the woman is ready for more. When both are in tune with one another, they have increased vigour, improved stamina, enhanced sensation and unlimited whole-body orgasm.

For women, the normal orgasm does not result in a large scale loss of sexual energy.

According to Llewellyn Vaughan Lee, women have a certain substance in them that men do not.. It is a spiritual substance which can heal men. But women have to forgive men for what they have done.

Women are part of the sacred substance of life and they can bring it down into the world. They can re-energise the world.

The role of men is to protect the women and the work which is being done by women. Women have instinctual knowledge. They have been undermined by men and men’s linear thinking which makes women suffer unnecessarily, and leads to negative thinking due to their abuse. The energy no longer flows cleanly – that is the psychic soup in which we live. 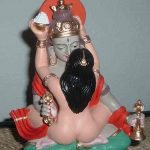 Reverence for one another

Only through developing love,respect and understanding for one another can we blend the male and female sexual energy.

In the words of Osho:

‘Ninety-nine percent know sex only as a relief; they don’t know its orgasmic quality. Even if they think they are having an orgasm, it is not orgasm – it is just genital relief.

Orgasm has nothing to do with genitals as such. Genitals are involved in it, but orgasm is total – from the head to the toes, it is all over you.

What is orgasm? Orgasm is a state where your body is no longer felt as matter; it vibrates like energy, electricity. It vibrates so deeply, from the very foundation, that you completely forget that it is a material thing. It becomes an electric phenomenon

In orgasm, you come to this deepest layer of your body where matter no longer exists, just energy waves; you become a dancing energy, vibrating.

There are no longer any boundaries to you – pulsating, but no longer substantial. And your beloved also pulsates.

Now, sexual orgasm needs time – the longer, the better; because then it will go deeper into your being, into your mind, into your soul.

Then it will spread from the toe to the head . . . every fiber of your being will be throbbing with it. Your whole body will become an orchestra and it will come to a crescendo.

But if you are in a hurry the orgasm becomes just an ejaculation, it is no more an orgasm. It is local and very tiny, almost meaningless.’

One Response to “Male and Female Sexual Energy – Differences”