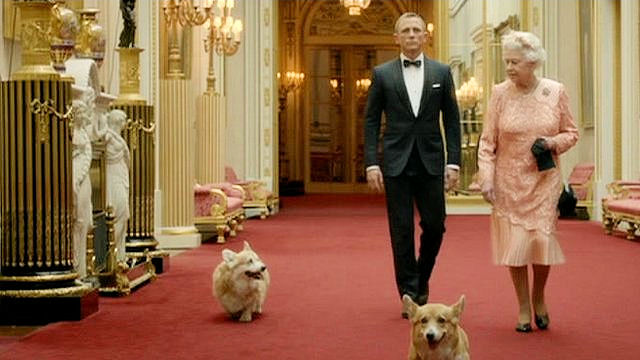 The London Olympics – what a treat

Thoroughly brilliant enjoyment, fun, humour, music,  sparkle – and it made us all proud to be British!
Many thanks to all those who helped to make it happen…
PS. If, like me, you were wondering how the Queen was persuaded to take part, here is the answer:

The film was the brainchild of …. Danny Boyle, but it was…… Seb Coe who first approached the palace in 2011……When asked how much it took to persuade the queen to take part, a LOCOG spokeswoman said: “Not much”… …… “You don’t have to tell her something twice” Boyle was quoted as saying….”She picks it up straight away, about cameras and angles…..”

Her stuntman Gary Connery said the part had been exciting, but he’d not been allowed to keep the dress.