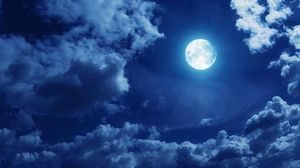 Tonight will be the night of the Blue Moon.

Most of us don’t know what a Blue Moon is, except that it was a song sung by Frank Sinatra (you can listen to the song below)

Nowadays, a Blue Moon can often refer to the second full moon of the month. This month, the first full moon was on July 2.

An older definition of Blue Moon is that it is the third of four full moons in a single season. Some days,but not often, you might see an actual blue-coloured moon. The term ‘once in a blue moon’ used to mean something rare. Now that the rules for naming the Blue Moon include several different possibilities, Blue Moons are pretty common.

It is a popular festival in India, celebrated to pay respect and offer gratitude to gurus and teachers. Indians have a lot of respect for their gurus because it is considered that the Guru is the one who provides an individual with knowledge and wisdom, and leads us towards the path of enlightenment.

Above is a photo of BKS Iyengar paying homage, or doing Arati to his Guru.

Gratitude is expressed in different ways. Gifts and flowers are presented, and mantras are chanted. Just as teachers are necessary to help in the education of children, the Guru is considered to be the highest form of teacher – to lead us towards the ultimate truth of existence, consciousness and bliss.

It is not easy to find a true Tantra Guru.