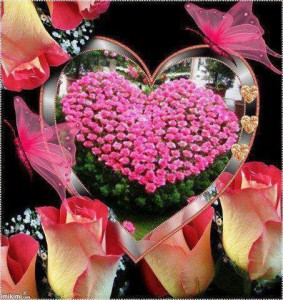 What are you planning to do on Valentine’s Day this year?

I will be leaving for the warmth, sunshine and spiritual inspiration of India. But for those of you who will be staying in London, what better way to treat yourself than to experience the  peace and bliss of your own inner sunshine.

Rather than spend the evening in an over-crowded, noisy restaurant or bar, why not REALLY enjoy yourself and book an ecstatic tantric massage session…If you have a partner, you could also have a tantric tuition session together, or if you dont have a partner, an individual tuition and tantra coaching session with Celeste is available here, in our lovely tantric massage studio in Kensington, Central London, or, if you prefer, in your hotel room.

While you decide, here is some light-hearted advice from a couple of agony aunts.. on one of the most asked about questions regarding people’s sex lives:

X: Have been in a relationship for five years now and have a rather difficult problem. The trouble is the longer it’s gone on the harder it is to actually tell him. Despite having a good regular sex life, my partner has never made me come – sadly not even close! What worries me is that he doesnt seem to have noticed! (while gladly getting his own satisfaction of course!). I dont’t know how to even bring up the subject now as, like I said, too much time has gone by. What should I do?

Agony Aunt: He’s never made you what? Come? Come where? Where is it you want to go exactly? OK, I’m joking – obviously I know everything about the cliteron and j spot and stuff…. So , seriously now, I think there are two possible reasons for this –  a) he doesn’t know, or  b) he doesnt care.

You better hope it’s a). Not every man can be a sexual virtuoso. Some chaps have just never really honed their technique, or been shown how to. So do everyone a favour – show him! Also, while some men will ask  “how was it for you?”, others will just assume. So while you’re keeping schtum about your frustration, he’s probably bragging to his mates that he’s ‘never had any  complaints (wink, wink)’.

As for option b), many men are habitually lazy, whether it’s inducing sexual ecstasy in a spouse or fixing the leak in the bathroom. It’s not necessarily that he’s disinterested or even incapable, but if he can get away with not doing the extra work, he won’t. Unless someone tells him to.

So my suggestion is to create a situation where you can organically slip it into conversation. For example, watch a TV show about orgasms on BBC3 together, then you can remark ‘Ooh theysound good, I wouldn’t mind having one of those’. He may react with incredulity, embarrassment or utter confusion, but it’s a conversation you need to have.

Agony Uncle:   Five years? my friend this is as close to a tragedy as I’ve heard since they cancelled the Bill. Life is rearely a Jackie Collins novel… but come off  it.

As tempted as I am to lay all the blame ( and a tantric sex manual) at his door, you have to take a hand in this as well, probably literally. If you have been ‘faking it’ all this time, then I’m afraid you’ve made your bed, which is why you’re now lying in it, bored and resentful. Men aren’t mind readers, and if he thinks you’ve been enjoying yourself, then you’ve effectively been lying to him and you’re going to have to pluck up the courage to come clean if you’ve got any chance of coming at all.

Most importantly, do you know how to make yourself come? If not, then that’s probably the main issue. If you don’t know, then how would he? If you do know, then for heaven’s sake show him…. Tell him and then show him. Sometimes men don’t understand what women feel during intercourse as they are lost in their own worlds….. we’re not mind readers and we’re probably a LOT less experienced than we put on…. He will appreciate it as you will be more satisfied and it will make the sex more exciting. Make him work for it more. Men love to chase and ‘trap’ their prey…

Clear an evening, phones switched off… so its just the two of you….. make a nice dinner…. take the matter in your own hand…make it an exploration of  each other and then either show him or lead up to it by telling him and asking him what he would like as a treat…. Once the penny drops with him, there will be no looking back. Always surprise your man occasionally, it keeps him on his toes… and give a sexy frisson to your relationship.

In our experience, an even better suggestion  – once you’ve laid aside a special evening just for the two of you,  prepared the dinner and  organised the room with candles etc.  – is to give him a tantric massage, and then ask him to give you one. You can direct him and show him what really pleases you. He will be delighted  to learn and to  see you truly turned on …….